Whether you’re moving for a loved one or moving because you’ve found a well-paid job in another city doesn’t matter now. Now you have to focus on what’s ahead, and that means preparing for the entire move from Santa Barbara. As there are so many parts of relocation that you now have to organize, which is no easy task. And that is exactly why most people decide to hire professional movers to avoid all the stress of moving. And East Coast West Coast Express is one of the best movers in the business.

Here at East Coast West Coast Express, we know how to best apply our experience in order to provide our customers with some of the most reliable moving services. And you can count on them no matter where in the US you’re moving from or moving to. We’d also be glad to help you out in any way we can, so don’t be afraid to give us a call if you’re looking for moving advice. Or if you want to find out more about any of our moving services, our helpful staff are ready to provide you with answers. East Coast West Coast Express offers the following moving services:

Interstate moving services – no matter if you’re looking for residential moving or commercial moving services, we’ve got you covered
Auto transportation – we can ship your vehicle in an open trailer or an enclosed car carrier, and you can choose between door-to-door and terminal-to-terminal delivery options
Storage services – our secure storage units are a safe place for any of your items, if we can ship it, we can store it
Packing services – our professional packers will make sure that your items are safely packed and ready for the move
Don’t forget that East Coast West Coast Express has got your back during this hectic period of moving, so don’t hesitate to give us a call. 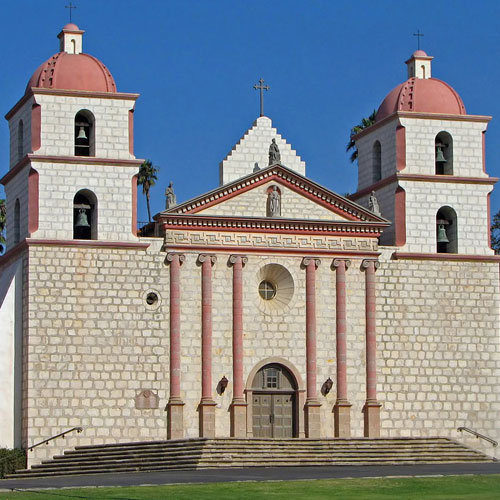 Santa Barbara is located in the Santa Barbara County of California. The city is actually the county’s seat. The name originated from the Spanish word for “Saint Barbara”. The city has a pleasant Mediterranean climate, which is influenced by its positioning – the city is located in between the Santa Ynez Mountains and the Pacific Ocean. The city is often referred to as the “American Riviera” because of its climate and weather. According to the 2014 US Census, the population was estimated to be around 91,000 residents.

Santa Barbara is great for people who are looking to get a new job because of its strong economy, which includes a large service sector in tourism, education, technology, health care, finance, agriculture, manufacture, local government, and so on. The city is located along the Pacific coast, about 90 miles west-northwest away from Los Angeles, the capital of California.

As we have already mentioned, Santa Barbara has a warm summer Mediterranean climate, because of its position along the Pacific Ocean. The onshore breezes moderate temperatures which then results in warmer winters and chillier summers, compared to places further in land. Very heavy rainfall can occur in winters. The annual rainfall is 90 inches, but it depends largely on the region of the city. The precipitation rates are less than 6 inches during the dry season of the year. Snow is extremely rare in the city center, but it does occur on the Santa Ynez Mountains.

Here’s a list of the top employers in Santa Barbara:

It is of great importance to pick a neighborhood which will best suit you and your family, depending on whether you have children or you’re planning on starting a family etc. Here’s a list of the neighborhoods in Santa Barbara, with a bit of information on each one:

Here are our recommendations on which places to visit after you relocate to Santa Barbara: