Moving to a new house is a unique period in your life, especially if moving under particular circumstances. So, for your move from Santa Ana, California the East Coast-West Coast Express will be your best choice because we will ensure maximum efficiency, safety, and professionalism. You can rest easy knowing that your goods will be in safe hands, where people care. Our carefully selected team will find a solution to moving even the trickiest items, such as a piano. What East Coast-West Coast Express has on offer:

The correct price for your relocation depends on a variety of factors, such as the size of the move, the distance between the pickup and the delivery places, the condition, and fragility of your items, and so on. If you wish to find out the exact rate of your move, get a free moving quote or contact our representatives. With East Coast-West Coast Express on the job, you can sit back and relax, knowing you’re in good hands. You and your family can expect to receive the relocation support and guidance, and the care and personal attention you need because we will do everything to ensure that you can focus on the excitement, promise, and opportunity of moving to a new place, without worrying about the hassle. 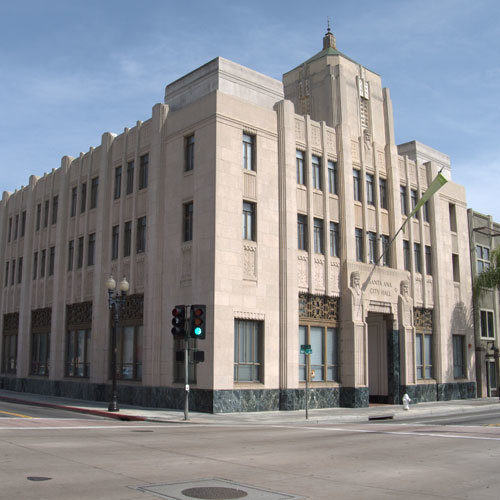 The very name of the city is actually in Spanish (in English – Saint Anne). The city is located in Southern California, in the Orange County. With 335,264 people calling it home, Santa Ana is the second-most populous city in the county. It is also important to mention that it belongs to the Los Angeles-Long Beach-Santa Ana metropolitan area, which counts over 13 million residents and that makes it the second-largest metropolitan area in the country.

Santa Ana was founded in 1869 and it was not long before it became the seat of the county (1889). It was of great importance during World War II, when they built the Santa Ana Army Air Base as a training center for the United States Army Air Forces. Not only was the base significant during World War II, but it also eventually led to a rapid growth in the city’s population. If you want to read more about the history of Santa Ana, click here.

The Climate of Santa Ana, California

The climate of Santa Ana is semi-arid, which means that it experiences hot and dry summers, while winters are normally mild. The lowest temperature ever recorded was −6 °C, but that was back in 1918. Such low temperatures are extremely rare in this city. Most of the time, you get to enjoy wonderful sunny days. During winter, all you have to put up with are moderate rainfalls. Another important thing to remember is that Santa Ana is only 10 miles away from the California coast, which means you can always use your free time to enjoy the sunny days on beautiful beaches.

The Economy of Santa Ana, California

As previously mentioned, Santa Ana belongs to the country’s highly important metropolitan area, so its economy is well-developed. The city is home to several big companies, including Behr Paint, CoreLogic, Corinthian Colleges, First American Corporation, Greenwood & Hall etc. When it comes to the city’s top employers, take a look at the following list:

Where to live in Santa Ana, California

If you’re worried about finding the right part of the city to live in, take a look at our list of top five neighborhoods in Santa Ana that we warmly recommend you consider moving to.

Do you think you are at least one step closer to getting your relocation process started? Don’t waste your time now that you know you have a reliable long distance company that can take care of everything. Contact our representatives and hire West Coast East Coast Express to help you with your relocation to Santa Ana, California. Our professional movers are at your disposal anytime you need them – all you have to do is give us a ring and schedule your moving day, and we’ll be there for you to get your relocation started whenever you want us to.