Whether you’re moving from Salt Lake City because of a new job elsewhere, if you’re following a loved one or moving because you’re forced to doesn’t matter now, now you have to prepare for your relocation. And that means taking care of all the different parts of the moving process. An endeavor that not many people try to do alone, and with good reason as it can get quite stressful in an instant. But you can affordably hire East Coast West Coast Express to handle it for you.

Here at East Coast West Coast Express, we provide some of the best moving services in the business, and at affordable rates too. You can count on our moving services no matter where in the United States you want to move to or from. Like many people who have hired us before, you too won’t regret that decision. And you’re welcome to check the positive reviews that many of our satisfied customers have left to see that for yourself. We offer a variety of different moving services that you can choose from, unless you want to hire us for the full moving service, that is. Among the most popular ones are the following:

It’s reasonable for you to want to find out more and you shouldn’t hesitate in contacting East Coast West Coast Express if so. As our helpful representatives will gladly provide you with answers and moving assistance. 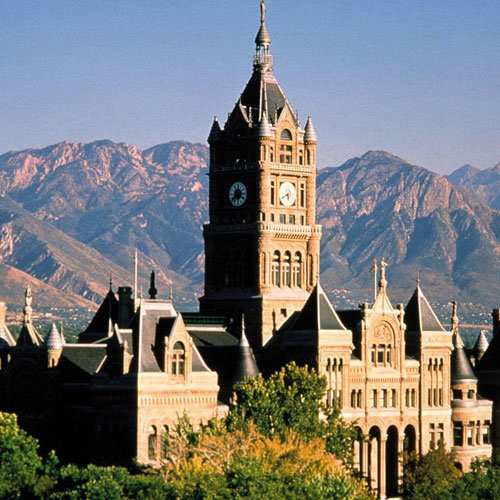 Located in the northern part of the Salt Lake Valley, Salt Lake City is the capital of the U.S. state of Utah. With 190,884 people calling it home, it is also the state’s most populous city.

Salt Lake City was founded in 1847, but it was not until 1896 that the city became Utah’s capital. Just like many other cities, at the beginning of the 20th century, during the Great Depression, Salt Lake City suffered some serious consequences of the economic crisis, but it was back on the road to recovery right after World War II. Not only did its economy recover, but the city itself started expanding rapidly.

As previously mentioned, today, the city’s tourism is highly developed, but you should also know that Salt Lake City is considered the industrial banking center of the country. The city is also known as the “Crossroads of the West” due to a great number of significant railroads. Some of the top industries in Salt Lake City are trade, transportation, manufacturing, education, health services etc. In case you want to learn more about its economy, click here.

When it comes to the weather in Salt Lake City, you should know that there are four distinct seasons. Summers are normally hot and dry. Winters can be rather cold and you should not be surprised by great snowfalls during this season. As for spring and autumn, they are both usually mild and pleasant but can be quite wet sometimes. Precipitation in Salt Lake City is affected by the Great Salt Lake to a great extent. The driest month of the year is July, while humidity is the highest between March and May.

We assume you can’t wait to move to Salt Lake City to start exploring all the beauties it offers. There are numerous places that you should visit there – so many we can’t possibly name them all. But, we do have a short list of some important museums in Salt Lake City that should be at the top of your must-visit places. Take a look.

We believe you are excited about your moving and you can’t wait to start living in Salt Lake City. That’s why West Coast East Coast Express is here to help you make your dream come true as soon as possible. Remember, all you need to do is give us a call and let us take care of your relocation. We are at your disposal anytime you need us.

By listing or updating my cellular phone information, I authorize West Coast East Coast Express to call or send SMS text messages using an automatic telephone dialing system or prerecorded message to my cell phone number to provide account information and services related to my long distance move. Additionally, I authorize West Coast East Coast Express to follow up in order to assist me with payment reminders and provide me with opportunities to provide feedback regarding customer service. If I do not want to receive calls or SMS text messages, I can unsubscribe by sending an email to [email protected] with the subject line “STOP Transaction Calls” or by calling a customer service representative at (818) 296-9162. Receipt of cellular phone calls and text messages may be subject to service provider charges.