No matter how long it took you to decide that moving from Houston is the right move at this point in your life, the relocation process itself is sure to cause you lots of problems. Because there are so many aspects of it that you need to take care of, many of which can get out of hand in an instant. Which is why it might be best to hire professional movers to avoid all the hassle of moving. And among the best moving companies in the US is East Coast West Coast Express.

We’re a reliable moving company with lots of years of experience in the moving business. The experience that we always apply to every relocation we do, no matter where you decide to move to, or even if you have any special requests for your relocation. It’s only natural for you to have questions about our services, about the moving process itself and to ask for moving advice too. Especially if you’re moving for the first time ever, don’t hesitate to give us a call, our helpful staff will gladly answer any questions that you might have. We put customer satisfaction among our main priorities, no matter if you’re an old customer or a potential one. We can provide you with the following moving services:

Don’t hesitate to give East Coast West Coast Express a call the moment you decide to move and we can start by providing you with a moving estimate. 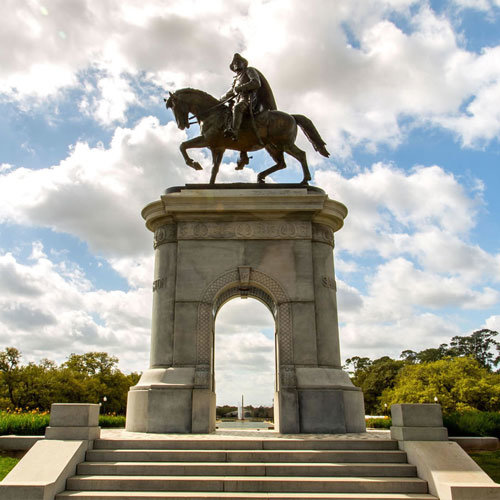 Located in Southeast Texas, Houston is the largest and one of the most important cities in the state. With around 2.239 million people calling it home, it is also its most populous city and the fourth-most populous in the country. Huston is the center of the Harris County. Its economy is well-developed and it has its base in various fields, including energy and transportation. It is also important to note that entertainment, technology, science, education, medicine, fashion, and culture are all at a high level, which means the city really has a lot to offer to its residents.

Houston was founded in 1836 and it was incorporated as a city the very next year. It has a rich and colorful history. If you’re interested in learning something about the history of Huston and its development, you can find plenty interesting and useful information here.

The People Of Houston, Texas

One thing that we believe is interesting to know when moving to Houston is that it is a highly diverse city when it comes to the population – more precisely, it ranks as the most diverse city in the state of Texas. It is a multicultural city which offers a shelter to numerous immigrants, so you shouldn’t worry about fitting in there. Just remember that there are more than 90 languages spoken in Houston and a constantly growing number of foreign-born people.

As for racial and ethnical composition, around half of the overall number of residents is white, while African Americans account for 23.7%. Most of the people there are religious, with Christians making up 73%. Around 20% of the population claims no religious affiliation. In case you want to read more about the people of Houston, click here .

The Climate Of Houston, Texas

Another important thing to know when moving to another city is what its climate is like. The climate of Houston is humid subtropical, which means you’ll have to get used to hot and humid summers (if you’re not already). Winters are mild or cool, but you shouldn’t worry about extremely low temperatures. The average temperature in January, the coldest month of the year, is around 11°C, so you can say goodbye to heavy snowfalls and freezing temperatures.

The Neighborhoods In Houston, Texas

As already mentioned, Houston is a large city, so, before you move there, you should do some research and see which part of it would be the best for you. That’s why we have prepared a short list of best neighborhoods and suburbs of Houston that you might want to learn more about and perhaps you’ll pick one of them to start your life there.

All things considered, we are sure you will enjoy living in Houston and exploring this wonderful city. If you have been dreaming about moving there for a long time but you can’t seem to overcome your fear of the relocation, worried something might go wrong and ruin your enthusiasm about moving, stop wasting your time. Let West Coast East Coast Express take care of everything and you will be surprised to learn that this process does not have to be stressful.

If you’re still having second thoughts about moving to Houston, Texas, feel free to contact our representatives anyway and they will be more than happy to help you remove any doubts you might have.