Have you found yourself looking for the best moving advice and tips as you’re moving from San Antonio and feel a bit overwhelmed by the entire move? There are so many different parts of the relocation process that you need to handle, that it’s very hectic and quite stressful to do it all by yourself. And even then, moving usually turns out to be much more costly than people usually expect, as there are so many expenses that you don’t plan for. Which is why it might be for the best to hire East Coast West Coast Express, a reliable moving company, to handle it for you.

Not only are our moving services reliable but they are affordable too, and you can count on us no matter where in the US you want to move to or from. As we can take care of your relocation, not just when it comes to moving from Texas, but anywhere else in the country. You won’t have to stress about any part of the moving process as we’ll gladly take care of everything for you. It’s among our main priorities to make your relocation go as smoothly as possible, with no hassle from your side. We offer the following services for you to choose from unless you want the reliable full moving service:

You will probably have questions about East Coast West Coast Express and our services, and we encourage you to contact us as our helpful representatives will gladly answer them and can give you a moving cost estimate as well. 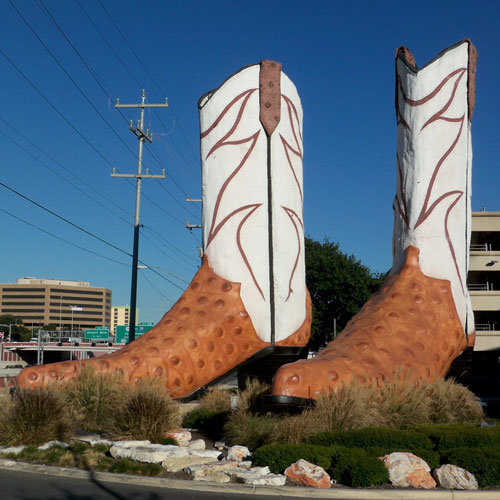 With its population of almost 1.5 million residents, San Antonio is the second most populous city in the state of Texas, right after Houston. It is also the seat of Bexar County. It lies some 75 miles to the southwest of the state capital, Austin.

The city was named after Saint Anthony of Padua, a Portuguese Catholic priest and friar of the Franciscan Order. It was founded in 1718, but it took over a hundred years for it to finally be incorporated.

The Weather of San Antonio, Texas

San Antonio experiences a transitional humid subtropical climate. This means that summers in this city are quite hot, while winters are warm and pleasant. Winter nights in San Antonio can be a little colder, with about ten to fifteen nights a year reaching sub-freezing temperatures. Snow is quite rare in the area and occurs only once every four years. The all-time record was 16 inches of snow back in 1985.

Unlike snow, floods are quite common in the area, as rain is plentiful during summer. Tornadoes have been reported several times in the city, although they are not that common.

In short, if you are moving to San Antonio, get rid of all your winter clothes, but hold on to your umbrella.

The Economy of San Antonio, Texas

San Antonio has the fourth largest annual GDP in the state. The city’s economy mainly relies on military, government civil service, health care, finances, tourism, oil, and gas. In addition, the city is quickly becoming a significant manufacturing center of the country.

Six Fortune 500 companies have their headquarters in San Antonio. These include Valero Energy, Tesoro Corp, USAA, iHeartMedia, NuStar Energy, and CST Brands, Inc. Other major employers in the city are Bill Miller Bar-B-Q Enterprises, Carnet Healthcare Services, Security Service Federal Credit Union, Eye Care Centers of America, Frost Bank, Kinetic Concepts, Taco Cabana, Broadway Bank, Randolph Brooks Federal Credit Union, and others. If you are moving to San Antonio with the plan to start your own business, you will be happy to hear that the city has been named one of the best places for business and careers.

Things to Do in San Antonio, Texas

We are pretty sure you will want to explore the city once you move here. Just imagine the excitement of discovering everything for the first time again! However, San Antonio is not exactly small, so knowing where to start will help you a lot on your exploring adventures. That is why we at West Coast East Coast Express have decided to put together a list of our favorite places. We hope you find them as fun as we did.

If you enjoy museums, you will definitely be interested in visiting the following:

If you, however, enjoy the outdoors more than visiting exhibitions, you will be happy to hear that San Antonio has a lot to offer to you too. Here are some suggestions:

After so many activities, you will probably feel ravished. So why not head to one of these delicious restaurants: